Interview Tells You 5 Secrets of Pioneers In Skirts

Our special guest on this episode is Ashley.  Ashley Maria is a Filmmaker living in Los Angeles and she makes movies for a living.

She is making a documentary called Pioneers in Skirts.  It has been her passion project and full-time project for the last few years.

Outside of this project, you can find Ashley working on set, teaching others and working on her next narrative.  She is always looking for other stories that she wants to tell. About Pioneers In Skirts

The documentary, Pioneers In Skirts, started 5 years ago after Ashley started her career in film.  She saw that the potential for her career as a director in Hollywood was not very good.

She came to the realisation that less than 4% of the studio directors in Hollywood were women.  The percentage of women who are producers, cinematographers and sound people is slightly higher.

This was Ashley’s conclusion after evaluating the culture at the time.  She started thinking that after many years of film school this is not for her.

Luckily, she has a Mother who knew that film was Ashley’s passion since the age of 4.  Her Mother told her that there is something going on. something deeper.  You see Ashely’s Mother faced the very same challenges when she started her career many years ago.

For 5 years she decided to work towards finding a solution.  The conversation in the culture of male-dominated professions at the time was that women needed to work harder to succeed.

Internally, Ashley knew she was working really hard but she did not get the expected return on her investment of hard work.

As a result, the film grew from just being advice to women entering male-dominated professions.  The film now addresses culture, especially the American culture that is preventing women from really succeeding in their chosen careers. The Authenticity of Pioneers In Skirts

Ashley proposes that this is a genuine and authentic story of what’s going on in women’s careers right now.  The film investigates what we can do in terms of strategy and solution to give women the chance they deserve.

As a society, we talk about what is going on internally and externally.  Young women coming out of college are often stunned by what’s going on in terms of the biases and sexism but they don’t realise that this is happening.

They get into their careers with the same or higher level of ambition and potential as their male counterparts and it only takes 2 years for their ambition to plummet by 60%.

These young women look at their careers and potentials and they think that maybe it is not as good as they expected or dreamed.

This is the backbone behind the film Pioneers In Skirts.  It is reclaiming those dreams and careers with tangible advice. Giving them steps to take and true stories about what happened to other women and what to do to address the biases.

Ashley’s own story is in the film.

What Do You Enjoy Most About Your Career?

She loves telling stories and working with her crew especially on the passion project.

Pioneers In Skirts is an independent film.  This means that they have a small and very limited budget but it also means that they get to control the trajectory of the project.

Ashley works hard with a team that believes in the topic. So they help elevate the project to a quality similar to high budget movies that you can find in Theatres.

This means you’ll get a mix of great mix of great quality together with a ground roots type of story that is relatable to every day living for women.

While she enjoys working on Pioneers in Skirts the key takeaway is that her ability to tell sincere stories has been enhanced together with her experience of a low-budget film. This makes her excited about future prospects.

The 5-year journey has had an impact on her, her peers and the film industry at large.

Ashley has been wanting to tell stories and make movies since the age of 4 because of her Mother’s influence.  Ashley remembers that her Mother always had the coolest camera.

She discovered while making the movie that her Mother is the one who had a great influence on her by showing her a camera at a tender age.  More information about this influence can be seen in the movie.

Fun fact; her Mother is actually the producer of Pioneers In Skirts.  Another key influence was going to the Theatre as a child every Friday evening with her family and getting the biggest bag of popcorn.

I took the time to ask Ashley about the best advice she has received in her film career.  She said that it has to be Wes Craven who was her mentor back in 2014.  Her told gave her a simple piece of advice.

He was so right, they would lose a location at the last minute and they will need to call in a favour to find an office to film him really fast.

Even if you have a big budget film challenges do show up. Advice always shifts based on our needs at a single point in time.

Ashley has started cooking so that she feels like she has accomplished something in the day.  You get great yeses and really intense no’s until you get your next yes.

One Thing That Impacted Her Life To Date

Ashley travelled all over the nation to find solutions that can have an impact now.  How can she shift her career instead of waiting for society to make that shift?

She went from feeling like someone who was beaten down to a person who is aware when those things are coming at her and she will not let it happen.

It is like having a higher state of consciousness where you’re looking at a situation for what it is rather than internalizing it.

After all, she went to the best schools, she worked hard, she did the internships and even won amazing awards for her film.

She knew that she has to work hard and pay her dues. She just knew that there was something else in play that she had no control over.

Ashley hopes that Pioneers In Skirts would educate the future generation about what’s going on so that it will not affect them as it affected her.

When asked on her advice on taking that leap to shoot Pioneers In Skirts Ashley said that nothing will be perfect to get started.  She even started filming the movie without having her own camera.

If she did not jump in and do it then the film would not have been made.  As time went on they were able to invest in their own camera.  This investment meant that they were able to shoot more frequently compared to having a rented camera.

The reason she jumped at the opportunity is that she saw a problem and she needed to be enthralled in and solve it.

The best time to take the leap is now, do it now. Being a new graduate you probably don’t have as many responsibilities in life.

You don’t need as much money and you can easily live with a roommate.  You have the flexibility when you just get out of college compared to later on in life.

Ashley admitted to being full of fear when she started and still every day which she believes is a good thing.

She believes in it so much especially since she is in the movie.  He friends will see a part of her that they never saw previously.

She is also concerned that people will see the movie and conclude that she isn’t working hard enough.

She believes that if you embody your fear it will feel like fear is sitting next to you then you can easily address it and move on.

If you believe in something and really want it to work you can manage the fear.

Someone that Ashley admires is Ava DuVernay who is the 1st black woman to direct a 100 million dollar studio film.  As a filmmaker, she uses her platform for good.

When asked who she would trade places with for a day Ashley responded by saying an Astronaut because she loves space.

Her guilty pleasures are Oreos and a good episode of Project Runway.  Believe it or not, Ashley also loves TV.

The documentary about pioneering ambitions from Pioneers in Skirts ® on Vimeo.

As of writing these show notes the plan for the premiere of Pioneers In Skirts is to either go the Festival route and/or Streaming on Netflix, HBO, etc.

Ashley is hoping to Premiere in the fall of 2018 at a Film Festival.

Stay tuned for the free webinar coming soon.  I will cover some traffic attraction hacks across LinkedIn as well as Pinterest, Twitter, SEO and Facebook so get ready to join.

You can subscribe to our podcasts to get notified when more success stories become available.  In case you missed it check out the posts on LinkedIn InMail, which LinkedIn connection request to accept as well as LinkedIn vs Facebook.

If you need help setting up a marketing plan for your blog feel free to book some time in my calendar and I will be happy to spend an hour with you going over specifics.

If you need help setting up your profile on Pinterest or you need someone to manage your Pinterest account on a monthly basis you can work with me here. 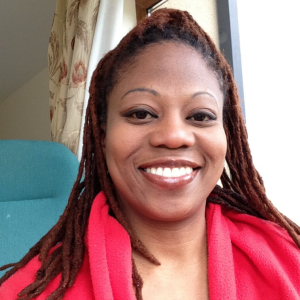 Alvern is an avid blogger for 10 years and the host of the Success Unscrambled podcast. Read Alvern's inspiring story from her eye-opening experience 3 years ago to becoming a Blogger and Podcaster with a dream to reduce illiteracy among women. Feel free to send Alvern a message here.
All Posts »
PrevPrevious9 Time Saving LinkedIn Sales Navigator Features
Next5 Practical Tips To Become An EntrepreneurNext Get custom social media campaigns for your business fast